Finished this book up and my first thought was....OKAAAAY...aaaaaannnnddd!!!

I purchased this book because all the books I wanted to read I had read and I was looking for a murder mystery book. Just finished watching True Detectives on HBO and it's a brilliant show by the way..any way wanted something to fill the void of solving a mystery!! Picked up this book because I was curious. I'm a HUGE Harry Potter fan but I did not like Casual Vacancy. I thought it was very long and very boring and had a hard time keeping my attention in the book. 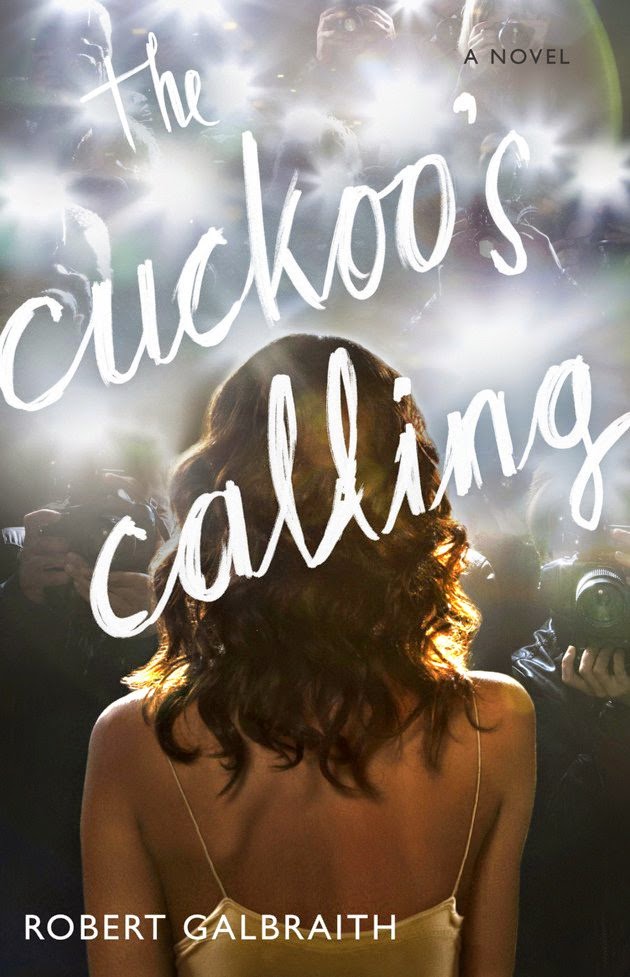 So, getting back to The Cuckoo's Calling, thought overall that it was a good book and I do recommend it. I was not on the edge of my seat except for the last few chapters. My interest was peaked during that time but then I felt like the book just was rushed in the ending. There was all this build up and a slightly disappointing ending. It was an ending that was somewhat easy to figure out.

A quick synopsis of the story is a high profile model falls from her balcony and plummets to her death. Her brother hires a detective to investigate because he doesn't believe that she committed suicide. The media and everyone else in the world thinks that she did but her brother is convinced that someone did it. The detective he hires Cormoran Strike isn't interested at first but he has just left his fiancé and he has no place to live and definitely needs the money.

A relationship develops with Strike and his temporary secretary. As the case moves along she is someone who helps him significantly with the mystery as well as she begins to care for him and vice versa. Strike moves through the case and finds different clues and interviews alot of the models friends and family.

The story at times is a bit slow but for the most part keeps moving. Can't say that it's nail biting jumping out of your seat type of a book or that you will be shocked by the outcome but an interesting read if you are looking for a book this summer. Did you read this book? How did you like it?
Posted by MissVickyBee at 9:57 PM