I've finally finished the third and final book in the Gemma Doyle Trilogy!!
This book is pretty heft at 800 and something pages! 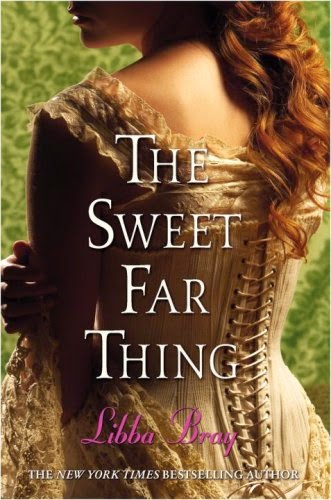 I must say that when I read the first book in the series I was hooked. It's girls in a boarding school set in old England. The fancy dresses and the idea of witchcraft I was just sucked in! I believe I read the first book in about a week! When I read the second one it got a little duller and redundant as well as Gemma evolving and growing more but I still thoroughly enjoyed it. Now the third is where I had hoped all the action would be. I was hoping that she and Kartik would fall in love and we would see more heartache and romance as well as some getting into the realms and fighting and finally bringing peace to it all.

Did all of that happen? Well sort of. I will do this review without giving away too much I don't like to do that regardless in case someone makes a mistake and reads through. I will say the book started off very promising and I was looking forward to alot more visiting of the realms and then it almost became boring. I liked that they were finding out more each time they went to the realms but I was expecting more. I was expecting Pipa to do more bad and that Fee would get more involved. It did happen to some extent but I guess I was hoping for more magic and fantasy. I thought that Gemma and Kartik would have more. I felt a little of the passion and then it was gone. I would have loved to have fallen in love with these characters. It wasn't deep enough for me to love them as a couple and I wanted more.
There was alot of seeking for clues and trying to understand what it is that Gemma has to do but again I felt like I wanted this huge fireworks show and instead I got a lousy smoke bomb. I thought that we would have more story more action from the realms but every time she was there and interactions occurred with characters it just kind of fizzled.

I didn't have a heart to give this a low rating because I think overall the series is fantastic I just wish that being that this book is so long there would be lots more action and story development as well as me falling love with the characters more than I already have!
I do recommend this series and I hope that you do read it. It is set in a lovely setting and there is fun with magic and parties and balls. Some adventure is incorporated and it is a great read!

Posted by MissVickyBee at 8:50 AM