I was recently talking to my next door neighbor who is a huge Stephen King fan and he was telling me that this was a must read. To be honest I was eyeballing the book at Costco and very interested but when my neighbor offered to lend it to me I couldn't wait to get into it!!

Aside from the impressive cover, the book is fantastic. I will let you know right off the bat that it's one of my favorites!! 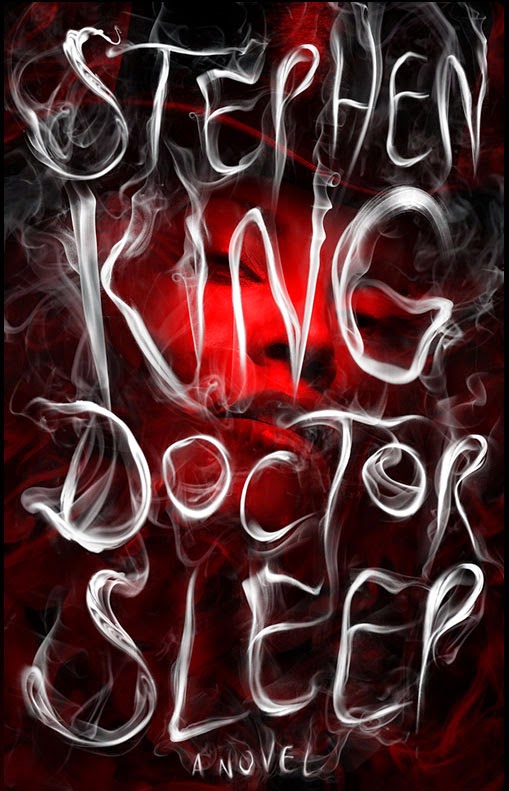 The book is part 2 of the Shining. If you were a fan of the Shining you will definitely want to pick this up. This is Danny Torrance as an adult. Didn't you wonder what happened to that little boy with the shining?? I guess I didn't realize how much I wanted to know what happened to him until reading this book. I think that Danny or Dan as he is now as an adult turns out to really be a very loving character. Initially he is struggling with some issues and turns to alcohol to deal with them. I'm not completely surprised because of all the childhood abuse as well as the terrifying images as a child.

In the book we learn how Dan managed to control his shining as well as how to not be frightened of the haunting images. Dan makes contact with a little girl, Abra, who is a very loving character as well as a tough little cookie. She gets in touch with Dan and at first he has no clue who she is or where she was she just left him little messages here and there.

A group of Vampire types, The True Knot are introduced. They mainly scour the US in Winnebagos for children that have the shining and torture them for what they call steam. The steam is what keeps these monsters alive for a very long time. They as well have telepathy and use it to find their victims. Children just seem to disappear until one day Abra finds out and it doesn't sit well with her.

Dan and Abra make a great team together in going against these monsters. It's fairly tense in some parts of the book. There is no blood and gore. I would say the worst part is learning what the True Knot does to children and the rest is a fast paced moving story.  Characters are well developed and I grew found of them very quickly!!

I highly recommend this read to you if you are interested in what happened to Danny Torrence!!

Posted by MissVickyBee at 1:07 PM